Build me a son, O Lord, who will be strong enough to know when he is weak, and brave enough to face himself when he is afraid; one who will be proud and unbending in honest defeat, and humble and gentle in victory.

Build me a son whose wishbone will not be where his backbone should be; a son who will know Thee and that to know himself is the foundation stone of knowledge. Lead him, I pray, not in the path of ease and comfort, but under the stress and spur of difficulties and challenge. Here let him learn to stand up in the storm; here let him learn compassion for those who fail.

Somebody said it takes about six weeks to get back to normal after you’ve had a baby. Somebody doesn’t know that once you’re a mother, normal is history.

Somebody said you learn how to be a mother by instinct.
Somebody never took a three-year-old shopping.

Somebody said being a mother is boring.
Somebody never rode in a car driven by a teenager with a driver’s permit.

Somebody said “good” mothers never raise their voices.
Somebody never came out the back door just in time to see her child hit a golf ball through the neighbor’s kitchen window.

We had the meanest mother in the whole world! While other kids ate candy for breakfast, we had to have cereal, eggs, and toast. When others had a Pepsi and a Twinkie for lunch, we had to eat sandwiches. And you can guess our mother fixed us a dinner that was different from other kids had, too.

For many centuries the men and women in Europe looked out upon the western sea, what we call the Atlantic Ocean, and they saw the sun coruscating upon the glittering surface of the waters and they wondered.

They wondered if there was anything beyond. Scholars said that you could sail off the edge of the world—there was nothing out there at all. In fact, inscribed on the escutcheons of the coat of arms of the nation of Spain was its national motto, Ne Plus Ultra, meaning, “There is nothing beyond.”

Jay E. Adams writes that under the roof in his back yard hangs a hummingbird feeder that he keeps filled with sugar water. There are four openings in it from which birds may suck the nectar. Yet, day after day, from early morning until after dusk, the feeder is the source of their own private version of star wars. One bird chases all the others away.

“As I said,” Adams writes, “there is room for four birds at a time, and fully that number attempt to feed. But the top dog (excuse my use of this metaphor for a hummingbird!), who now ‘owns' the feeder, will not let them. All day long he sits on the branch of a nearby apricot tree guarding ‘his' feeder and defying others to transgress on what he has established as ‘his' territory. 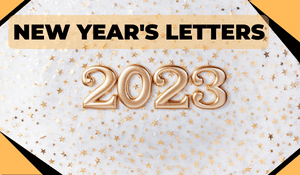 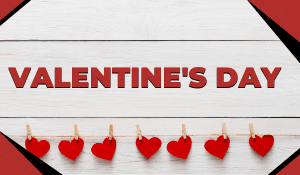