NOT A MEMBER YET? JOIN!
MEMBER ALREADY? LOG IN!

The Value of a Life Missions Appeal Letter

As we prepare once again to decide what we will do for Missions in the next 12 months, I want to encourage you to take a moment to consider the value of “one”.

Somehow, when we say the word “Missions”, we often consider the enormity of the call and the realization that God has called us to reach the world!

Yet, when Jesus was here on this earth, it is quite clear that though He came to save the world, He saw the value of one life at a time. He would often take time to minister to that society would look past. The beggars, the blind, the lame, the woman who touched the hem of his garment, would all feel the love of God. The religious and the tax collectors knew as well that He was there for them as much as anyone else.

It's that time of year again that we as a Church family prayerfully consider how we are going to be a blessing to Missionaries around the World over the next 12 months.

Perhaps this is all new to you so let me take a moment to explain what this is all about.

Matthew 28:19-20 gives us the words of Christ in what many have called “The Great Commission.”

We are looking forward to our Annual Missionary Day Program here at First Christian Church on (Date) at 11 AM in our morning service.

As many of you know who have attended here for years, this is a very special day when we do our best to pledge our support to our Missions Program here at the Church.

As we come closer to our scheduled Missions Convention, I wanted to take a moment to send this letter to you as you consider the tremendous importance of Missions work around the world.

We live in a fast-paced world, yet at times, we live in a world filled with procrastination and procrastinators. Often the fast pace has to do with the things we receive momentary fulfillment from, and the things of great lasting value often don’t receive the attention they deserve.

As we come closer to our scheduled Missions Convention, I wanted to take a moment to send this letter to you as you consider the tremendous importance of Missions work around the world.

Please be sure to mark the dates of (DATES) on your calendar so that you will be able to attend.

As you may know, we will be receiving missions pledges at the end of the convention which will assist our church as we continue to meet our commitment to our Missionaries. 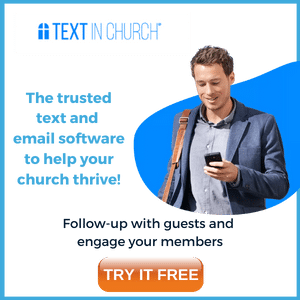