Home » Church Bulletin Articles » You See What You’re Looking For

When I was a boy growing up outside of New York City, I was an avid fan of the Brooklyn Dodgers. In fact, I have not yet quite forgiven them for moving west. The archenemy in my childhood was the New York Yankees. I had seen them only on television and heard them only on the radio until I was invited by my father to skip school and to go to the World Series game between the Yankees and the Dodgers.

I'll tell you, it was one of the great thrills of my childhood. I remember sitting there, smelling the hot dogs and hearing the cheers of the crowd and the feel of it all. I knew those Dodgers were going to shellac those Yankees once and for all.

Unfortunately the Dodgers never got on base, so my thrill was shattered. I tucked it away somewhere in my unconscious until, as an adult, I was in a conversation with one of these fellows who was a walking sports almanac. I mentioned to him when I went to my first major league game. I said, “It was such a disappointment. I was a Dodger fan and the Dodgers never got on base.”

He said, “You were there? You were at the game when Don Larsen pitched the only perfect game in all of World Series history?”

I said, “Yeah, but, uh, we lost.” I was so caught up in my team's defeat that I missed out on the fact that I was a witness to a far greater page of history. 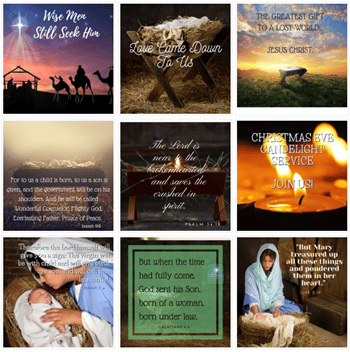 GOOD RESOURCE WITH TIMELY LETTERS! Good resources, timely messages, just good information! Very good help in certain message planning for special services so it's not just all about letters, but it's about great ideas too! - Bishop T. Thomas