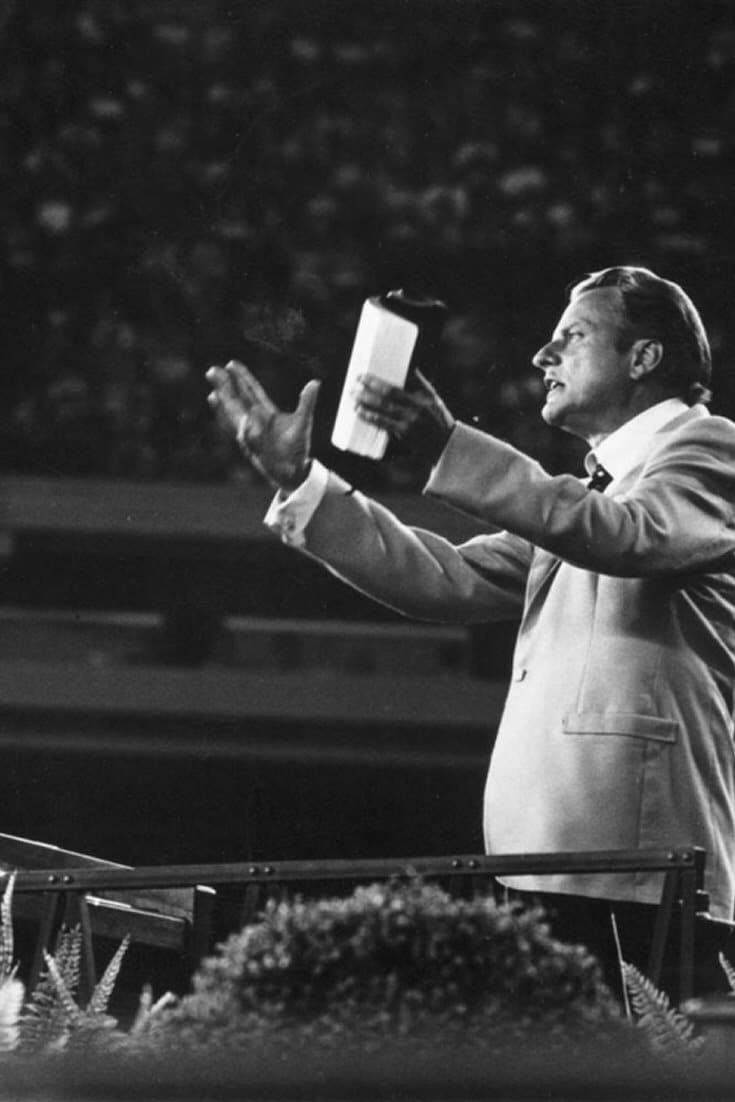 As I watched the Funeral of Billy Graham I was filled with sincere and heartfelt thanksgiving for all God accomplished through the life of this giant of the Faith, but I wanted to take a few moments to provide some “Pastor Encouragement” while you celebrate the life of this Godly man and again enter the pulpit this Sunday.

I heard the many reminders throughout the week as television news commentators reminded us of the facts that he had personally ministered to 12 Presidents in his lifetime, as well as the Queen of England. He is also only one of 4 non-politicians to lie in state in the Capitol Rotunda in Washington D.C.

Listening as well to his children sharing of their love for “Daddy” as they called him was very inspiring, especially as his daughter, Ruth shared of her arriving home following 2 failed marriages. Her Father was standing at the door and went to greet her with open arms and the words, “welcome home”.

The other evening I watched a message from 1957 as he preached powerfully and stated that the man who had led him to Christ 27 years prior was sitting on the platform. My mind paused listening to Dr. Graham for a moment as I thought about the reward waiting in heaven for a preacher that most of us have never heard of by the name of Mordecai Ham. You can read more about him here.

As a Pastor watching all of this, I was reminded that this Sunday, it will once again be time to stand behind the sacred pulpit to share the message of Jesus Christ.

The numbers will be far less than “millions”, and while the numbers of average church size is a bit all over the map, depending on the criteria used, I have a feeling there are many Pastors who at the least will never reach the size of ministry Billy Graham had.

I just wanted to give a few brief reminders and words of encouragement to those of you “out there” who are walking on the platform this Sunday, and many to follow.

1. No, You're not Billy Graham

There, I said it. Time to get out from the pressure of being someone else when in fact, God made you to be you! You are called to a place of ministry that Billy Graham was not called and whoever you are, it's of vital importance that you function in the call God placed on YOUR heart!

While it seems the media called Dr. Graham “America's Pastor”, in reality, he was “The World's Evangelist”. Yes, there is a difference in ministry gifting although God has called everyone to “do the work of an Evangelist” and share the Gospel with others.

Continue to study the Word of God and feed the sheep, regardless of how many or few show up to listen to you! Have you ever thought that there's a possibility that in one moment of time, the Holy Spirit can speak to someone who gives their heart to Christ who will be called to impact millions as well. But even if not, stay faithful to God's call!

While each of the children of Billy Graham would say that it seemed that their Dad was gone quite often, there was never any doubt when “Daddy” came home that he was fully engaged in their lives. His wife of nearly 64 years, Ruth, may have felt at times like a single mother with the Evangelist being gone so often, but she was fully engaged as well and doing her part to be a blessing to her family.

Of course, Pastors are not Evangelists who have been called to travel the world, but usually function within a few mile radius every Sunday. Then, they return home at least nightly to be with their family. Take time to engage with your family and spend time with them by going to their events as much as possible.

When I call it “your church”, please understand it's HIS church but of course, you are the one God has called to that particular place for “such a time as this”.

As most of you know that are reading this article, I have a website consisting of letter templates for churches and pastors to use so they don't have to re-invent the wheel each time they want to write a letter.

Whether it's through the use of letters via email or snail mail, or some other mode of communication, be sure to let your people know you love them, then show them!

Even in those times they might seem less than loving to you personally, we might want to go back to the example of Jesus who offered His love despite being hated in return.

Romans 5:8 (NKJV) 8 But God demonstrates His own love toward us, in that while we were still sinners, Christ died for us.

5. Stay True to the Call

Of course, there may come a time for resignation from a church but that doesn't mean it's time to resign from the call of God! The Bible reminds us of the importance of God's calling as well as the duration involved.  Romans 11:29 (NKJV) 29 For the gifts and the calling of God are irrevocable.

If you have served in ministry for a period of time at all, you know there are times of tremendous joy but there are also times of hurtful betrayal. True friends are far and few between and at times, those you've trusted have turned and hurt you far more deeply than you thought was possible.

Friend, you are not alone in this! Remember, God has promised to be with us through every valley and mountain and perhaps, just perhaps, the answer you seek is just a moment away!

We often look at the life of Billy Graham and see it as a life of perfection and while he was a man of tremendous character and integrity, I have no doubt that he struggled with times of temptation to quit.

Perhaps you need to hear this today, but friend, I would remind you to “press on”. This life is just a vapor and one day, we too will be laid to rest, yet by that time, I want to hear those words that I'm sure Billy Graham heard… “well done, good and faithful Servant”.

Please feel free to share this article, yet retain the links that are contained.

Over 1,000 Church Letters for Pastors and Ministry Leaders
https://churchletters.org